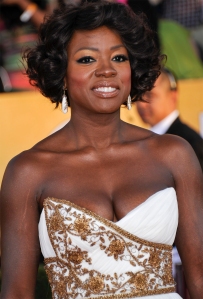 Viola Davis has been nominated for the Oscars two times. She had a wonderful career but not always everything remain good. Talking to the Glamour magazine, the ‘Help’ actress told that during her childhood she often had to stay hungry, “We had no food. It was like, If you don’t eat it now, it’ll be gone, and you’re going to be hungry for the next—Lord, who knows how long.”
She added, “I was always so hungry and ashamed, I couldn’t tap into my potential. I couldn’t get at the business of being me.” Because of what she faced she laid the foundation of a charity named Hunger Is and till now she had managed to raise $4.5 million. She said, “This is the richest country in the world. There’s no reason kids should be going to school hungry. Food is something that everyone should have. It just is.”