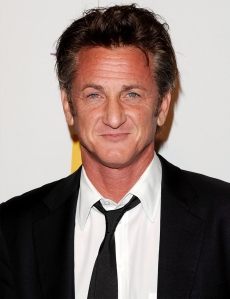 Last night, March 12, as a part of his promotional duties Sean Penn showed up at the premiere of his film ‘The Gunman’ at Regal Cinema Los Angeles.

The ‘Mystic River’ stud was accompanied by his gorgeous lady Charlize Theron. The duo posed for the shutterbugs before heading into the theatre.

‘The Gunman’ is slated for release on March 20th. It features actors like Idris Elba, Ray Winstone and Javier Bardem. The summary of the film goes like, “A former Special Forces soldier and military contractor, suffering from PTSD, goes on the run from London to Barcelona and across Europe.”