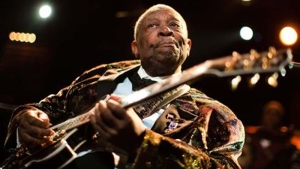 The King of Blues-as Riley.B.King aka BB King was famously known as-passed away yesterday due to diabetes related complications and dehydration at his home in Las Vegas at a ripe age of 89. King started his career in 1946 and had a steady popularity till he stopped active performances in 2006. Known for his unique way of guitar soloing that influenced many a guitarist he rose to become one of the most popular blues musician of all times and was averaging about 20 concerts an year at a stage. King was awarded the National Medal of Arts as well as the Presidential Medal of Freedom, apart from a lifetime achievement award from Grammy’s. King was married twice but both ended in a divorce and he claimed to have fathered over 15 children from multiple women during his lifetime.