Just when we had rumors that Kim and Kanye were going strong and planning a second child, seems that Kanye’s recent performance in the Billboards award ceremony was a big disaster, and the rapper blames Kim’s half-sisters Kendall and Kylie for that. Seems that the audience didn’t like them both introducing the senior rapper on stage, and they even fumbled doing that with the audience being very vocal about their disapproval. Just when Kanye could get over with it, there was an issue with the pyrotechnics in the show, causing his performance to be somewhat out of sync against what he planned.

Owing to the enormous backlash he faced online, seems Kanye is looking to end things with Kim, though this could just be a rumor. Kim on her part had no control about the whole incident and seems that Kanye’s supporters have started drifting away from him on account of Kim.

Nicki Minaj is no stranger to open and subtle controversies and her latest music video with Beyonce (Feeling Myself) has the star wearing a jersey which read “Pervert” and “17”. Fans and media soon started commenting that it could be a surprising reference to rapper Tyga getting close to 17 year old reality television star Kylie Jenner who is a half-sister of the Kardashians.

Seems that with the rivalry between them and Nick took an all time low with Nicki showing her disapproval on Tyga dating a 17 year old minor. Tyga had reportedly expressed his disgust on Nicki commenting on his personal life, and we hear that Kanye West isn’t a happy man either, with his younger sister-in-law being publicly criticized. Keep watching this space as we report this feud as its gets wilder.

Billboard music awards 2015 did see some spectacular performances by reputed artists including Taylor Swift, Mariah Carey, Kanye West, Nicki Minaj, Fall Out Boy, Iggy Azalea with Britney Spears amongst others. Taylor Swift took the maximum number of accolades and awards, whereas Mariah Carey seemed a bit out of sync on the podium as she seemed to have got the wrong notes while singing. She was reportedly unwell since the past weeks, but did show some substance nevertheless.

We also saw the actual American Idol Kelly Clarkson performing for her album Invincible and getting a huge ovation from the audience. Taylow Swift took the top artist award, top female artist and chart achievement award amongst others, while the top radio song award went to John Legend for “All of Me” .Justin Bieber got the top social artist award beating Selena Gomez in the nominees. 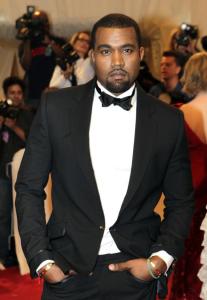 Kanye West talked to Clique TV in Paris, France. As expected he gave a very interesting interview. The ‘Love Lockdown’ rapper shared his thoughts about racism in the world, “Racism is a dated concept. It’s like a silly concept that people touch on to try to separate, to alienate, to pinpoint anything. It’s stupid. It’s like a bouncing ball in a room with two cats or something. When you don’t feel like playing with the cat, you throw this bouncing ball and literally let them fight over the bouncing ball, and the bouncing ball has nothing, no purpose, anything other than it bounces. That’s racism. It’s not an actual thing that even means anything. It’s something that was used to hold people back in the past, but now there have been so many leaps, and breaking of the rules, it’s played out like a style from the 1800s or something.”
About his colleague Drake, Kanye said, “I look at Drake as an amazing sparring partner. You know, someone’s who’s like, ‘Come on man, get back up… What’s up, bro? What you doing?’ Because I was sitting there getting fat, you know, just knocked everybody out. And then this guy [Drake] hits the gym and he’s just like, running around, fourteen hits, same as Paul McCartney. I’m like, ‘Whoa, OK. Let me go to the studio, then. Let me get these lyrics up. Let me see what’s happening.”

Kim Kardashian and her husband Kanye West are fashionable persons and they gave themselves a shopping therapy in Paris, France.
The ‘Disaster Movie’ actress and the ‘Black Skinhead’ rapper were to shop for some new apparel and for this they went to Jean-Paul Gaultier store to have a look at other collection.
On the next episode of ‘Keeping Up with the Kardashians’, Kim gave one more nude photo shoot and said, “If I get pregnant again soon, my body is going to totally transform again so I’m doing this photo shoot today naked. I just want to capture my body and have these photos to last forever.”

Kicking off the weekend, Givenchy presented his Fall/Winter 2105 collection at the Paris Fashion Week. Kim Kardashian and Kanye West were present to witness the show.
The ‘Keeping Up with the Kardashians’ blonde babe was accompanied by her husband as they sat in the front row. Helene Arnault was also sitting close by as the models presented Givenchy’s collection.
In the house were also present biggies like ‘Dark Horse’ songstress Katy Perry, ‘Lawless’ star Jessica Chastain and ‘Lovelace’ cutie Amanda Seyfried. 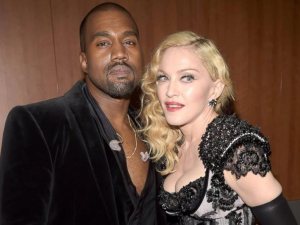 Madonna has given many hit songs to the music industry and now she is experienced enough to recognize talent. The ‘Like a Virgin’ crooner invited Kanye West to join her for three songs from her new album Rebel Heart. It appears that Madonna is quite impressed with Kanye.

She said to New York Daily News, “Kanye is the new Madonna. Kanye is the black Madonna. We know, and recognize, that we have that in common. We’re comrades in the envelope-pushing genre.”
She added, “There’s a lot of reminiscing on this album. I’ve been doing what I’ve been doing for over three decades, so in many ways I feel like a survivor. I see that many of my peers, and friends, and people I collaborated with are no longer with us. That gave me pause. I said, ‘Wow, I can’t believe I made it this far.’ That was a catalyst for me.”