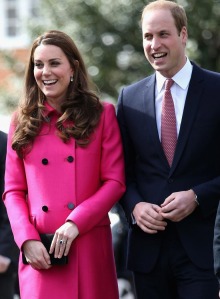 Taking care of their royal duties, Prince William and Kate Milddleton were spotted being busy in south London on Friday morning, March 27.

The pregnant Duchess of Cambridge looked gorgeous wearing a beautiful pink Burberry coat. She was accompanied by her husband to the Stephen Lawrence Centre. The couple was there to support creating opportunities for young and talented people to overcome their difficulties and get successful in their lives.

Earlier this month, Kate declared that possibly she will be giving birth to her baby next month. She said, “I’m due mid-April, to the end of April. Not long to go now.” 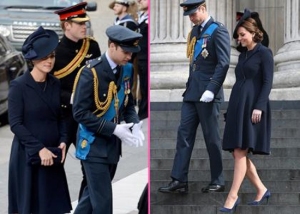 On Friday, March 13, taking of their royal duties Prince William, Kate Middleton appeared at a Service of Commemoration in London, England.
Prince Harry was also present along with the Duke and Duchess of Cambridge. All of them were dazzling in their formal clothes while paying tribute to the troops stationed in Afghanistan.
Kate recently revealed that she is a very big fan of the American television program ‘One Tree Hill’. The maker of the show Mark Schwahn said to press, “She loves the show. She watches it all the time.” 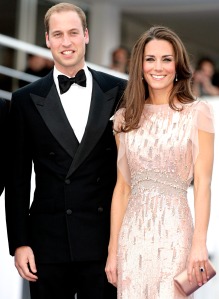 Taking care of their royal duties, on Monday, March 9, Prince William and his wife Kate Middleton showed up in Westminster Abbey in London.

Both of them wore their official dresses to attend the Observance for Commonwealth Day Service. The Duchess of Cambridge was joined at the function by Queen Elizabeth II, Camilla Duchess of Cornwall, Prince Charles and Prince Philip.

William recently went to China and Japan and it appears that the Chinese people were much happy after his visit. A representative from the government said to press, “The engagement of Prince William in promoting Britain’s cultural, creative and educational sectors in China will help boost cultural and people-to-people exchanges and friendship between the two countries.” 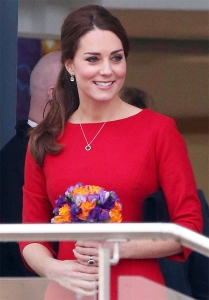 Showing some concern to the mental patients, Kate Middleton is helping children to fight the issues that come along with mental health. She will stand up for the children in a new PSA. She is doing this is as a part of Children’s Mental Health Week.
The Duchess of Cambridge said, “A child’s mental health is just as important as their physical health and deserves the same quality of support. No one would feel embarrassed about seeking help for a child if they broke their arm; and we really should be equally ready to support a child coping with emotional difficulties.”
Earlier Kate said to press that she and her husband Prince William have come across children who are dealing with challenges which lead them to serious issues such as anxiety, depression, addiction and self-harm,” and this is what made her very concerned about the cause. 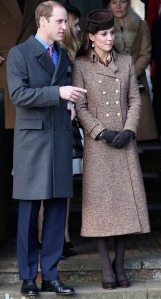 On December 25 Prince William and Kate Middletonjoined Queen Elizabeth, Prince Harry and several other members of the Royal Family for church in King’s Lynn, England.

In Sandringham, the Duke and Duchess of Cambridge were in good spirits as they exited St. Mary Magdaene Church and Kate kept her baby bump covered up beneath a long tweed coat.
As Palace officials told press that most children don’t participate until ages 4 or 5 as, Will and Kate’s son Prince George 17-month-old not in attendance. A Clarence House spokesperson informed press, “The Duchess put her back out earlier in December and has been in pain and is receiving physiotherapy. The doctors have advised against any travel.” 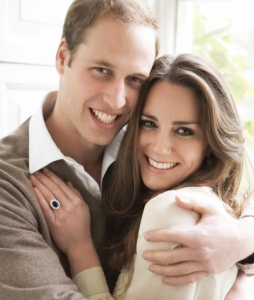 Kicking off their official visit to the United States of America, Prince William and Kate Middleton showed up in New York City.
Before heading inside The Carlyle Hotel, the Duke and pregnant Duchess of Cambridge were surrounded by on lookers as they smiled for photographs. They will be staying for the next 2 days there.
In that day, British Consul General Danny Lopez told press that Will and Kate will be attending a fundraising dinner for their Royal Foundation while in town.
“It would be great part of it, wanting to attend, wanting to help us and support us. The level of excitement in New York has been absolutely phenomenal.” 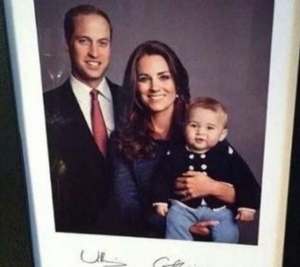 Earlier this week, famous photographer Jason Bell shared a photo of the royal family on twitter. As soon as he shared the photograph, the picture went viral all over the internet only because the picture belongs to the royal family and it was super cute.
In this photo, Prince William, Kate Middleton and little prince George looked adorably beautiful while they posed smiling. This photo is captured in Bell’s home.
Reports say that the picture was photographed by Bell in March and is revealed as thank you card after Prince William and Kate’s tour of Australia and New Zealand with their little baby earlier this year.
Jason is the famous photographer who earlier captured the picture of the lovely family. An official from Kensington Palace confirmed that this photo is authentic and in reality was taken by Bell.